This website or its third-party tools use cookies which are necessary to its functioning and required to improve your experience. By clicking the consent button, you agree to allow the site to use, collect and/or store cookies.
Please click the consent button to view this website.
I accept
Deny cookies Go Back
You are here: Home / flutter images / Flutter widget replace techniques

There is an equivalent Kotlin on Android series here. Which describes similar techniques for switching between Android fragments. 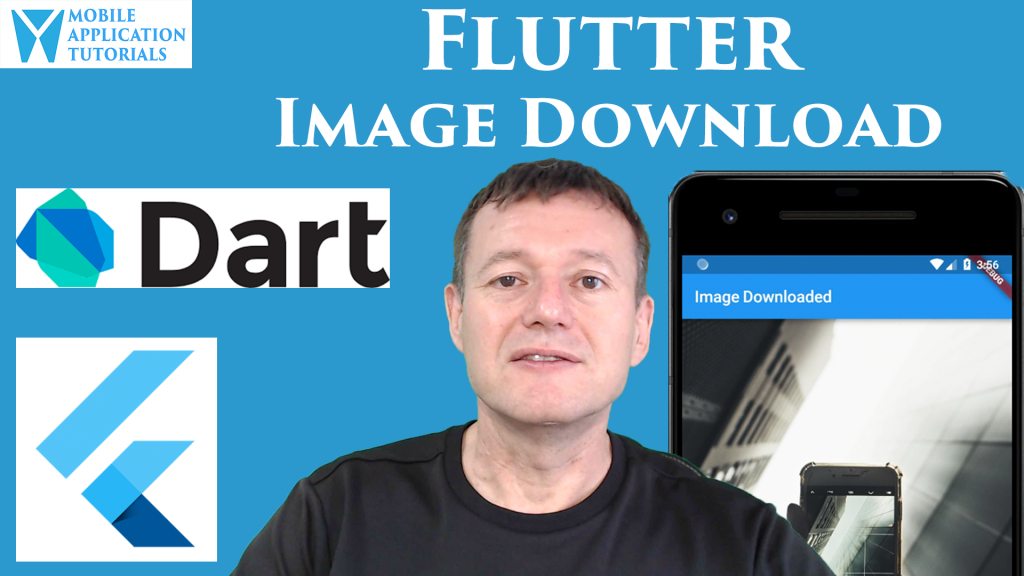 The download and display image flutter development tutorial describes how to display an image from the network.
An instance of the network image constructor is created. Which both downloads and displays the image.
The image is also cached to local memory for improved performance when reloading the image.
An example of how to resize the image to fill the display is also provided. 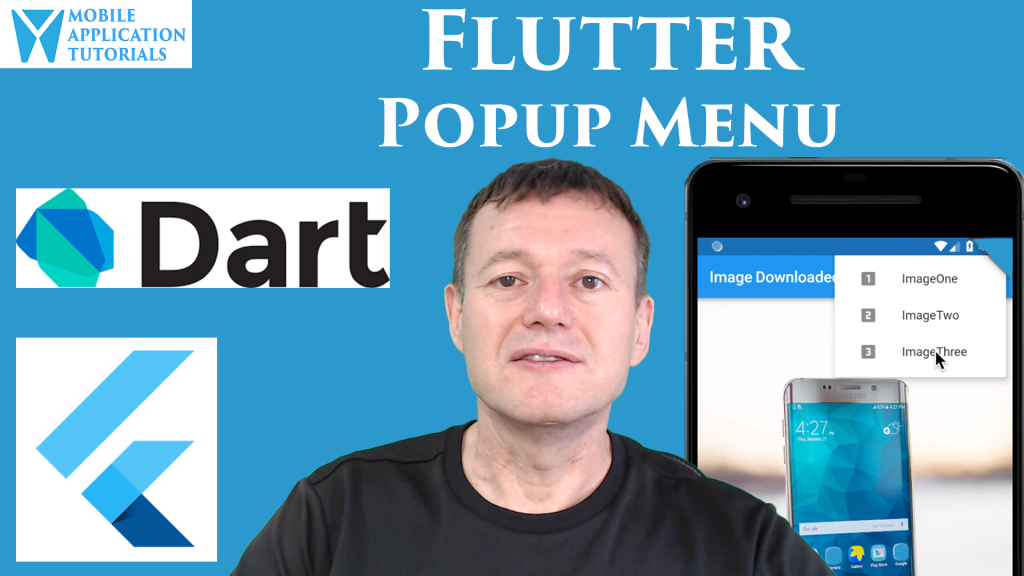 The flutter popup menu development tutorial describes how to add a popup menu for replacing image widgets.
The popup menu must be added to a Stateful widget.
Several network images are provided for the demonstration. The images will be downloaded prior to being displayed. Once the images have been downloaded, they will be available to local cache for faster reloading.
When a new image has been reloaded, the setChange method must be called for refreshing the display with the new widget. 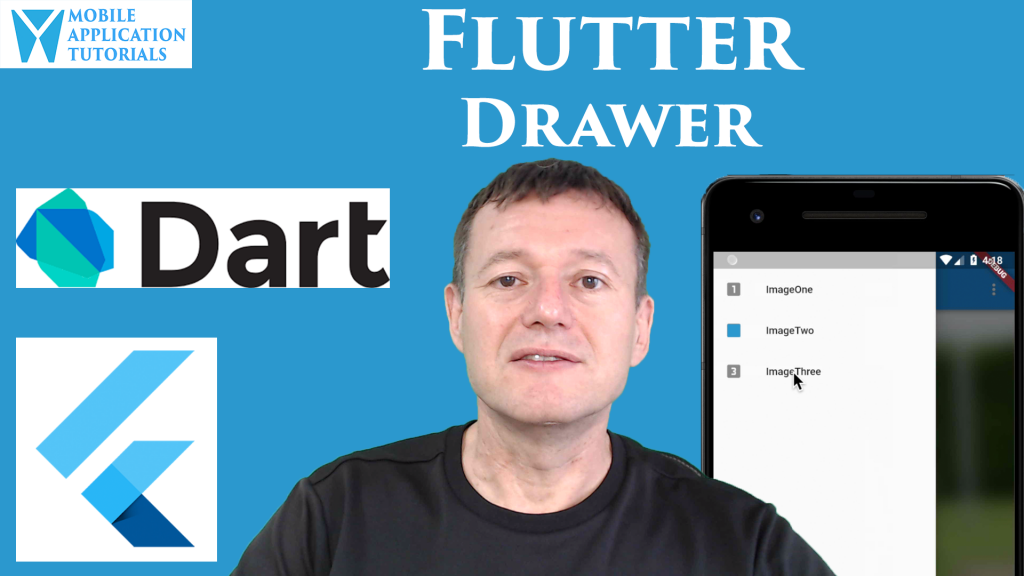 The flutter drawer development tutorial describes how to add a drawer to a flutter application.
The drawer can be accessed by either selecting the hamburger icon or swiping from left to right.
Once a new item has been selecteded the drawer must be closed by calling Navigator.pop(context). 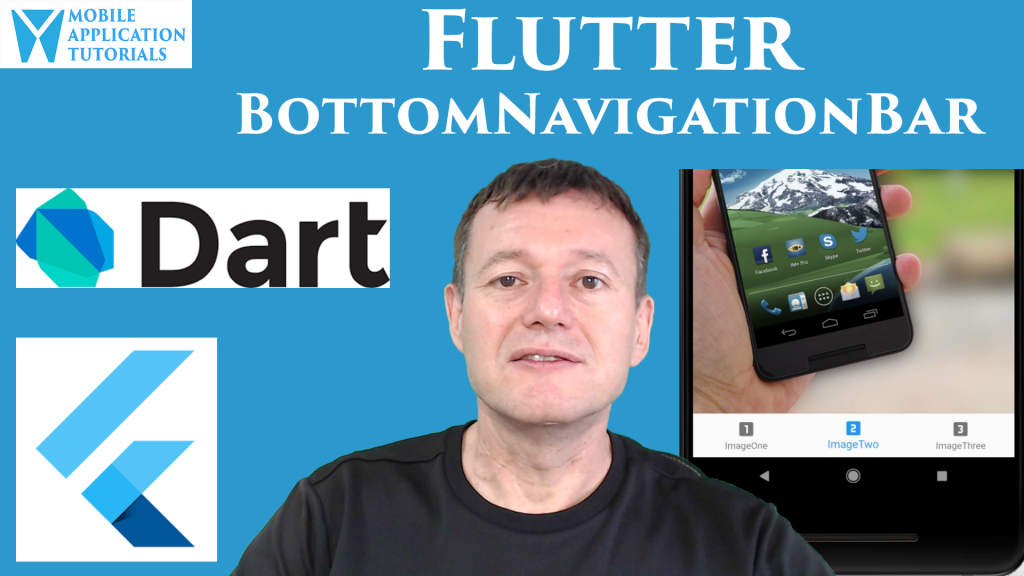 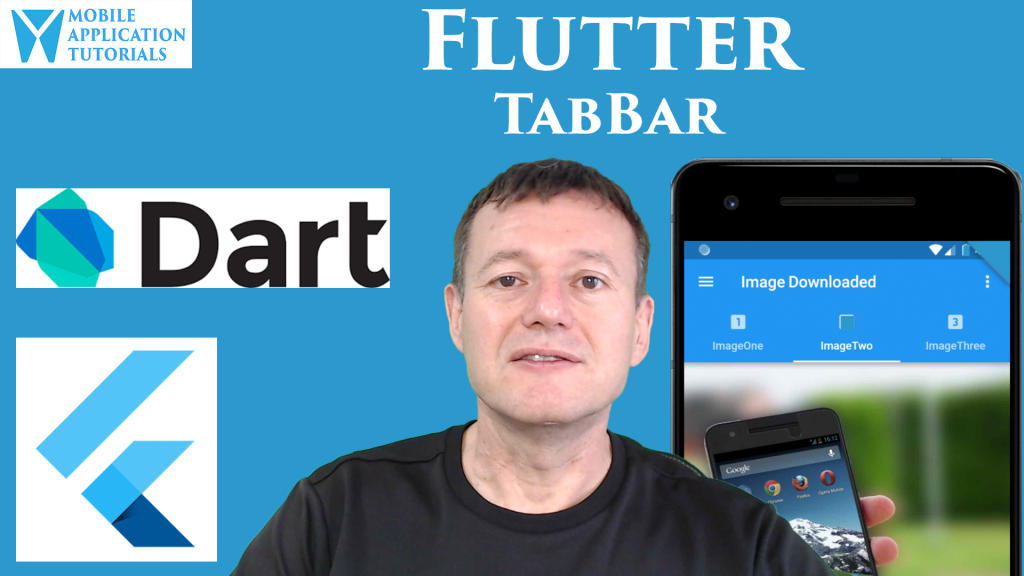 The flutter TabBar development tutorial describes how to implement the TabBar for replacing flutter widgets.
The TabBar will be displayed below the AppBar.
The flutter TabBar also provides swipe and animation support.
To support requests from the popup menu and drawer an index is added to the Photo class.

The first episode of the flutter development series described how to use the Image.network constructor for downloading and displaying an image.

The following episodes described the various interactive techniques for replacing an image widget. Included were the popup menu, drawer, BottomNavigationBar, and TabBar.

Synchronization was also added to the BottomNavigationBar and TabBar when replacing image widgets from the popup menu or drawer widgets.