This website or its third-party tools use cookies which are necessary to its functioning and required to improve your experience. By clicking the consent button, you agree to allow the site to use, collect and/or store cookies.
Please click the consent button to view this website.
I accept
Deny cookies Go Back
You are here: Home / Flutter / Installing and running flutter

Flutter tutorial describing the steps for downloading, installing and running flutter. Android Studio will build and run the app on the emulator.

This will be my first time to download and run Flutter. So join me while I’ll go through the steps of installing Flutter.

The purpose of this Flutter tutorial is to ensure by following the instructions that a Flutter application can be built. Which will confirm a successful installation.

Disclaimer: Note that this Flutter tutorial was built using Flutter Beta 1 version. Regular future updates are expected. Which may differ from the steps describes in this Flutter development tutorial.

This Flutter development tutorial will follow the steps described here.

A basic synopsis of the steps required are:

To install and run Flutter, your development environment must meet these minimum requirements:

Get the Flutter SDK

To get Flutter, use git to clone the repository and then add the flutter tool to your path. Running flutter doctor shows any remaining dependencies you may need to install.

If this is the first time you’re installing Flutter on this machine, clone the beta branch of the repository and then add the flutter tool to your path:

You can update your PATH variable for the current session only at the command line, as shown in Clone the Flutter repo. You’ll probably want to update this variable permanently, so you can run flutter commands in any terminal session.

The steps for modifying this variable permanently for all terminal sessions are machine-specific. Typically you add a line to a file that is executed whenever you open a new window. For example:

Run the following command to see if there are any dependencies you need to install to complete the setup:

Install the Flutter and Dart plugins

Flutter is supported by two plugins:

Set up the Android emulator

To prepare to run and test your Flutter app on the Android emulator, follow these steps:

The above command creates a Flutter project directory called myapp that contains a simple demo app that uses Material Components.

In the project directory, the code for your app is in lib/main.dart. 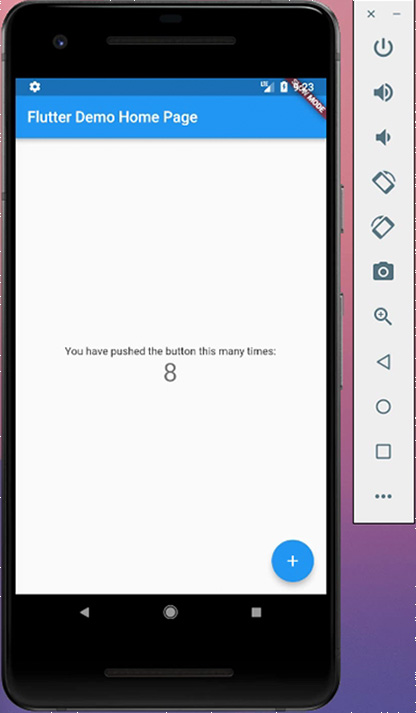 In the following flutter development tutorial, we will describe how to download a flutter project from GitHub.