This website or its third-party tools use cookies which are necessary to its functioning and required to improve your experience. By clicking the consent button, you agree to allow the site to use, collect and/or store cookies.
Please click the consent button to view this website.
I accept
Deny cookies Go Back
You are here: Home / Kotlin Fragments / Kotlin Android Fragments

The Kotlin Android Fragments introduction describes how to create Android Fragments and switch between them using Navigation Drawer, View Pager, ToolBar and BottomNavigationView.
All of the Android development tutorials will be written in the Kotlin programming language.


Each episode will be released on a weekly basis. Though there is the option of getting access to all the episodes straight away by buying the 5 episode series for $10.00
BUY 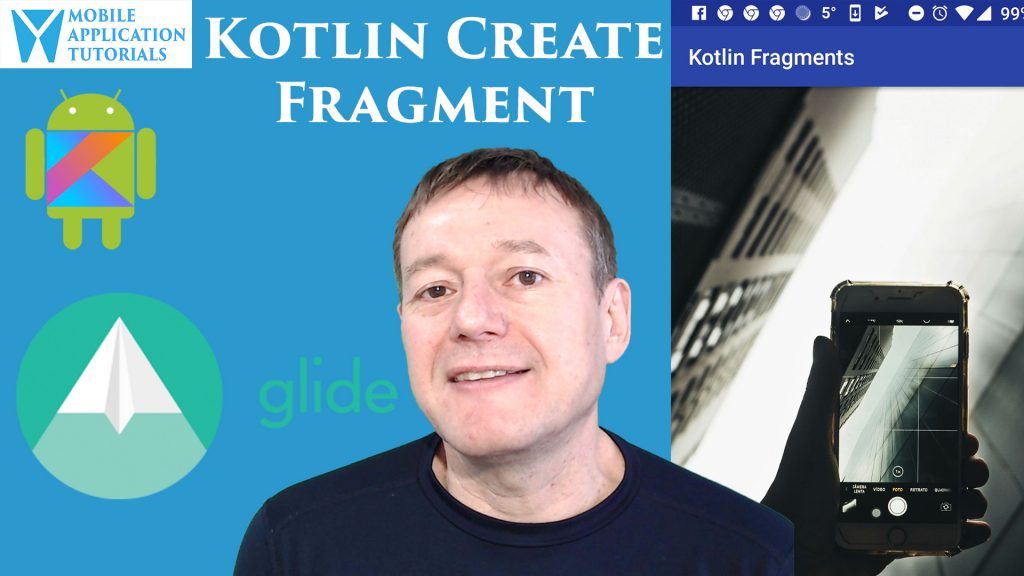 In the first Kotlin on Android episode of the series, we create the Android project.
And then go through the steps of creating an Android Fragment along with its xml layout file.
The Andriod Fragment will be downloading & displaying an image. To help with this we will be using the Glide v4 Image Library from this tutorial. 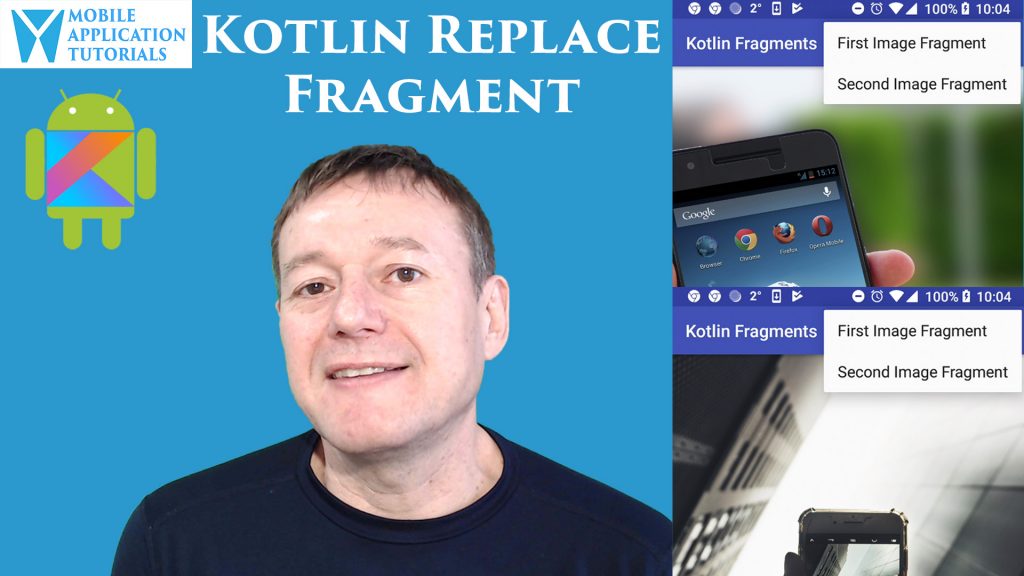 The intention of this Kotlin on Android episode is describe how Android Fragment Transactions are used to replace one Fragment with another.
In the UI we will be adding an Android Menu. And using that Menu to switch between Android Fragments using the Fragment Manager’s FragmentTransaction method. 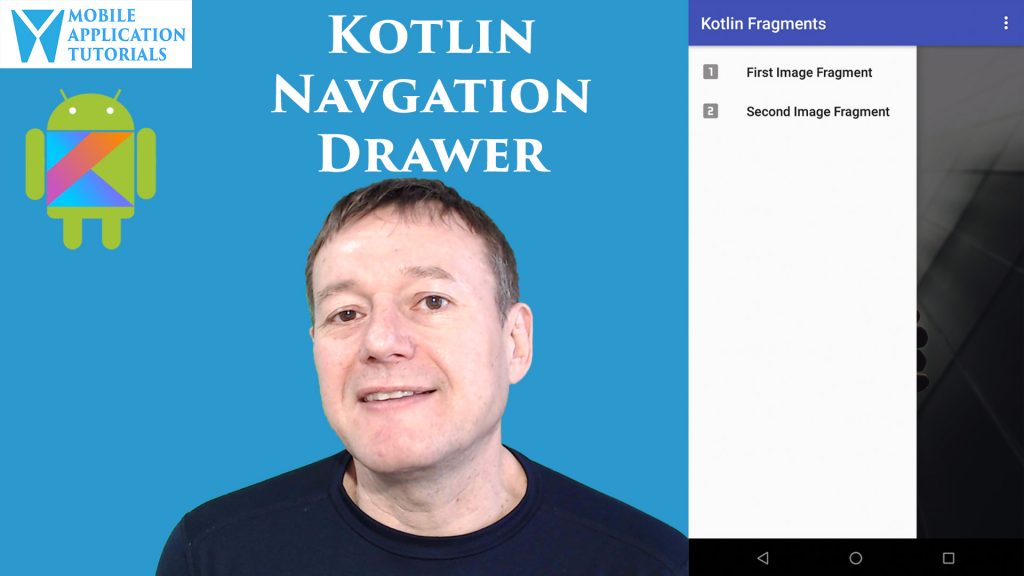 One popular mechanism for switching between Android Fragments is to implement an Android Navigation Drawer.
When the user swipes from left to right, a sidebar will partially occupy the screen with a list of items. In this example, the items will be from the Android Menu. 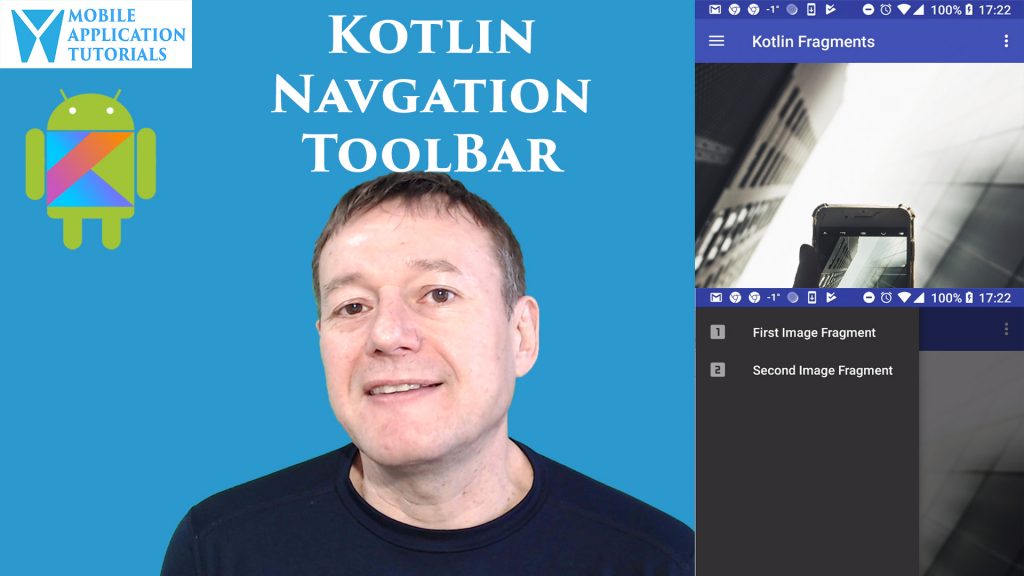 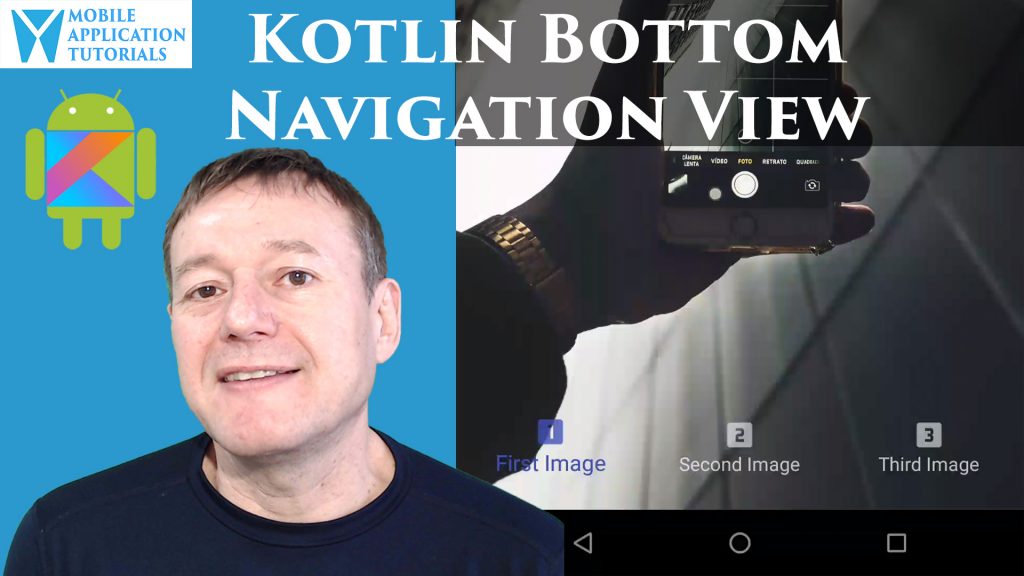