This website or its third-party tools use cookies which are necessary to its functioning and required to improve your experience. By clicking the consent button, you agree to allow the site to use, collect and/or store cookies.
Please click the consent button to view this website.
I accept
Deny cookies Go Back
You are here: Home / Kotlin Camera2 API / Kotlin Camera2 Video

The Kotlin camera2 video series describes how to capture video with the Android camera2 API using the Kotlin programming language.

Each episode will be released on a weekly basis. Though there is the option of getting access to all the episodes straight away by buying the series.

The first Kotlin on Andriod camera2 video episode focuses on setting up the layout for the application.
ImageViews and a Chronometer will be added to a ConstraintLayout. Then button on click listeners will added to the ImageViews in the Android fragment file. 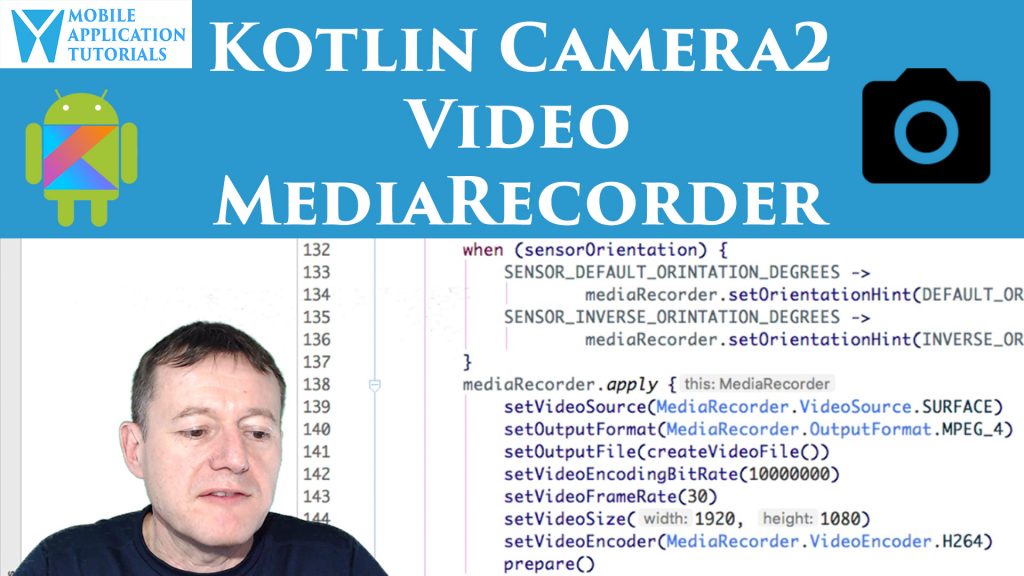 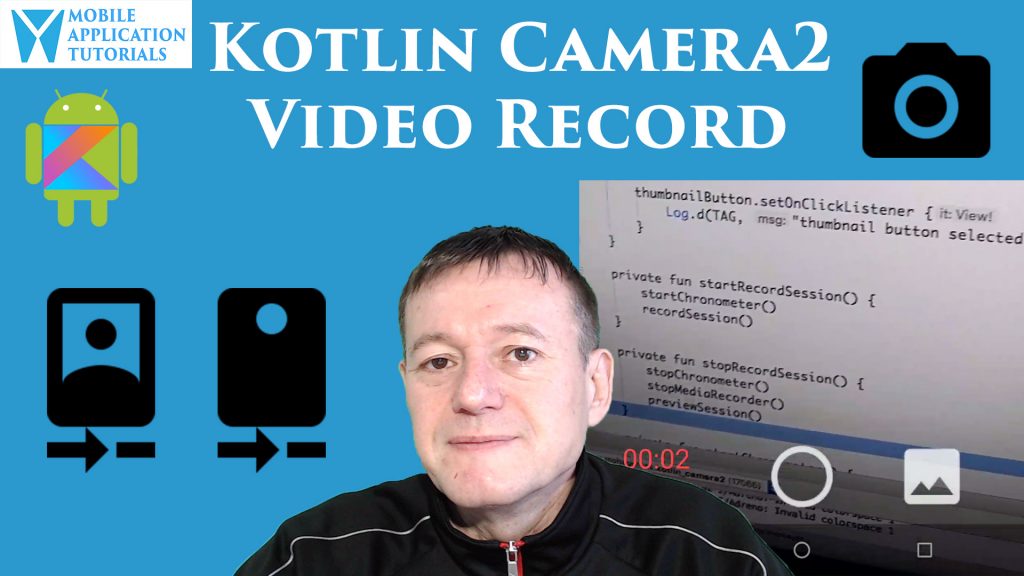 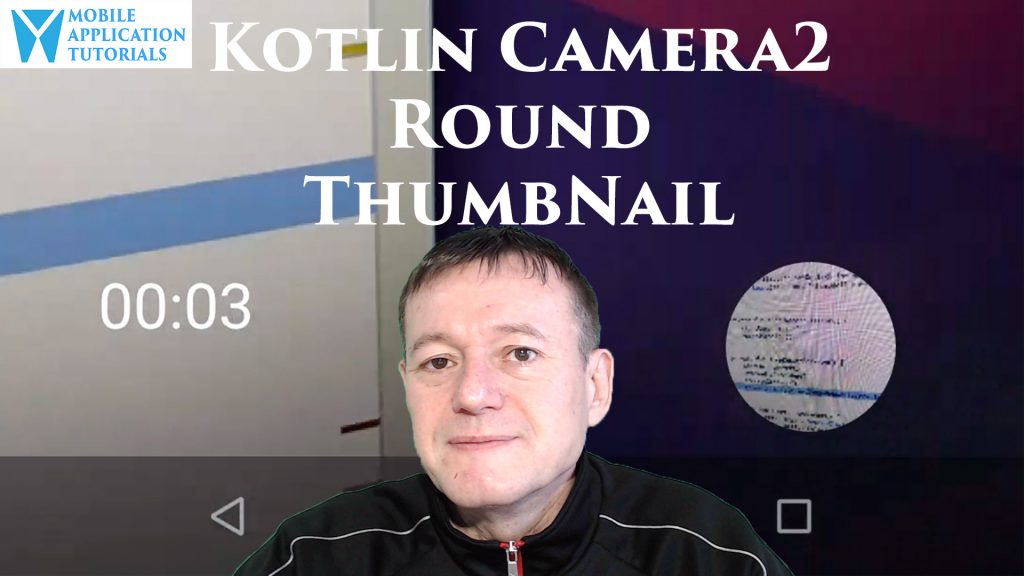 Android provides methods for generating a thumbnail from a video. And this Kotlin on Android tutorial will describe how to convert the square thumbnail into a round one. 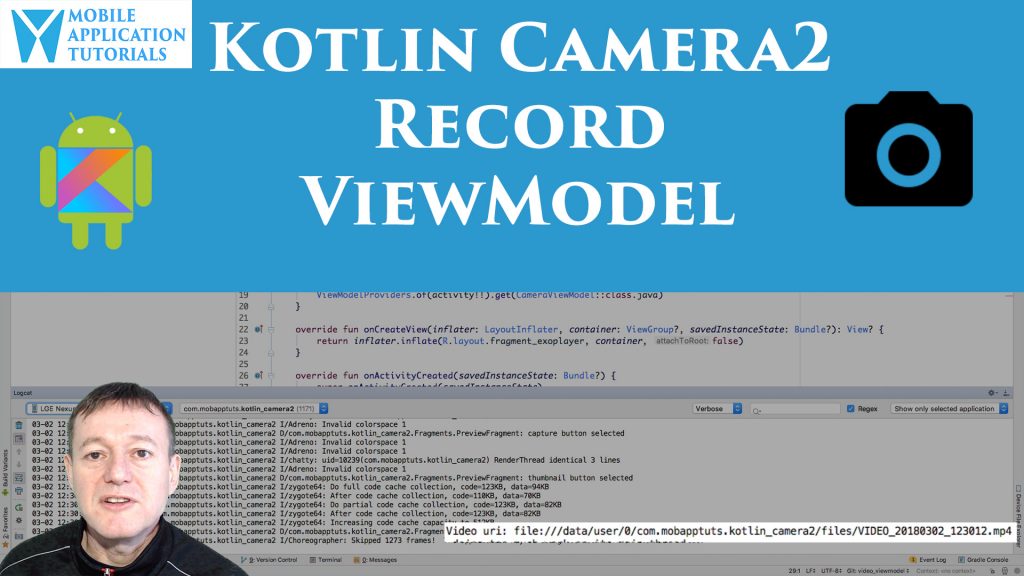 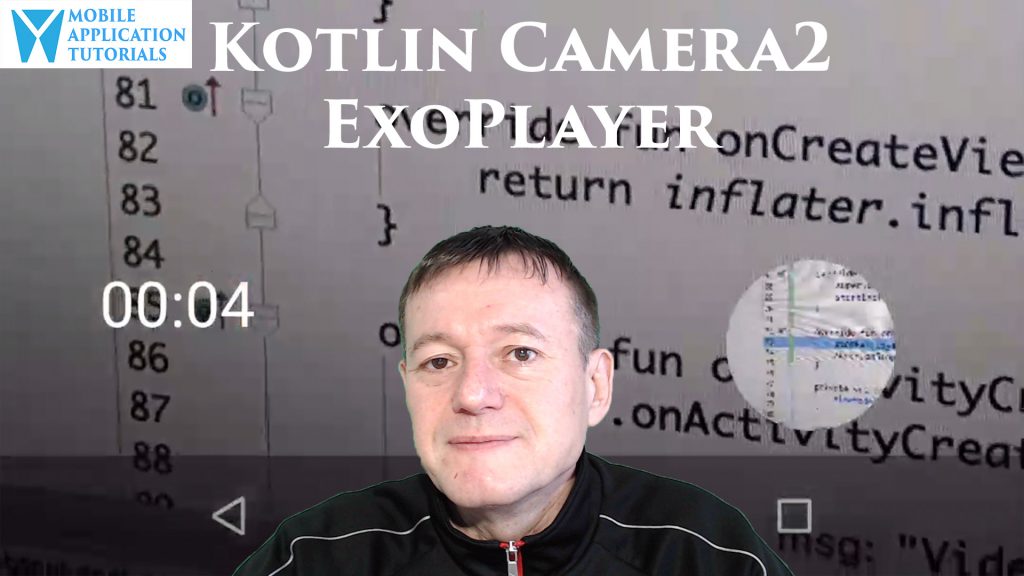 The Android ExoPlayer will be used for video player. And in this Kotlin on Android tutorial we describe how to attach the player to a view and then prepare the MediaSource prior to starting video playback. 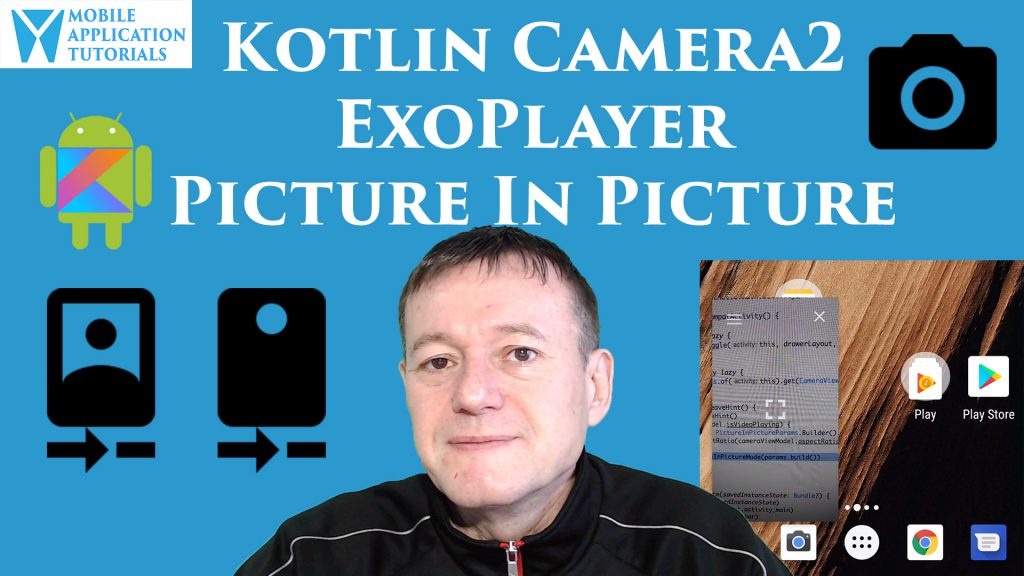 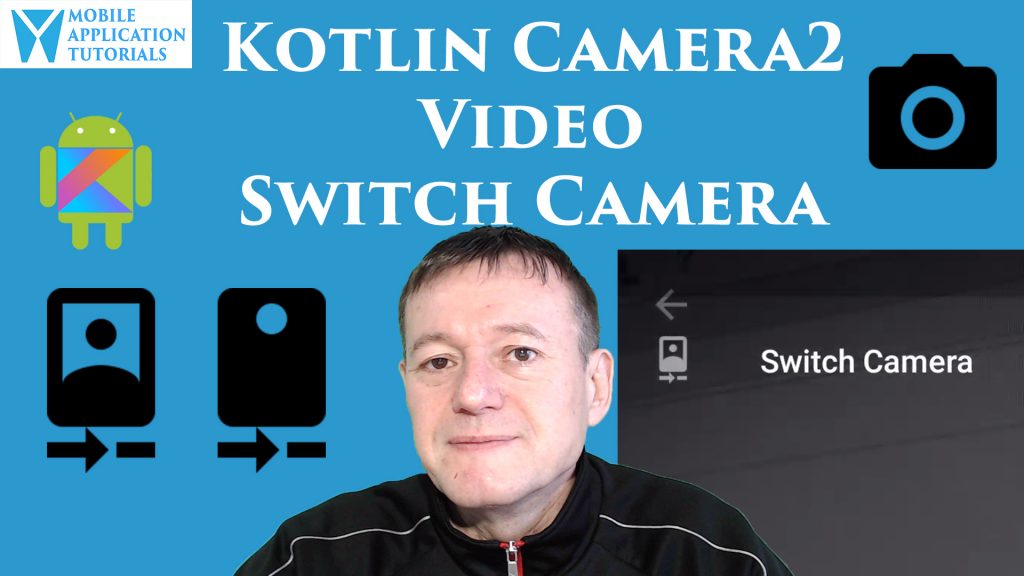 This Kotlin episode describes how to switch between cameras. Similar to the preview tutorial the navigation drawer will provide an icon for switching between cameras.
Additional support is also added for the MediaRecorder set up. 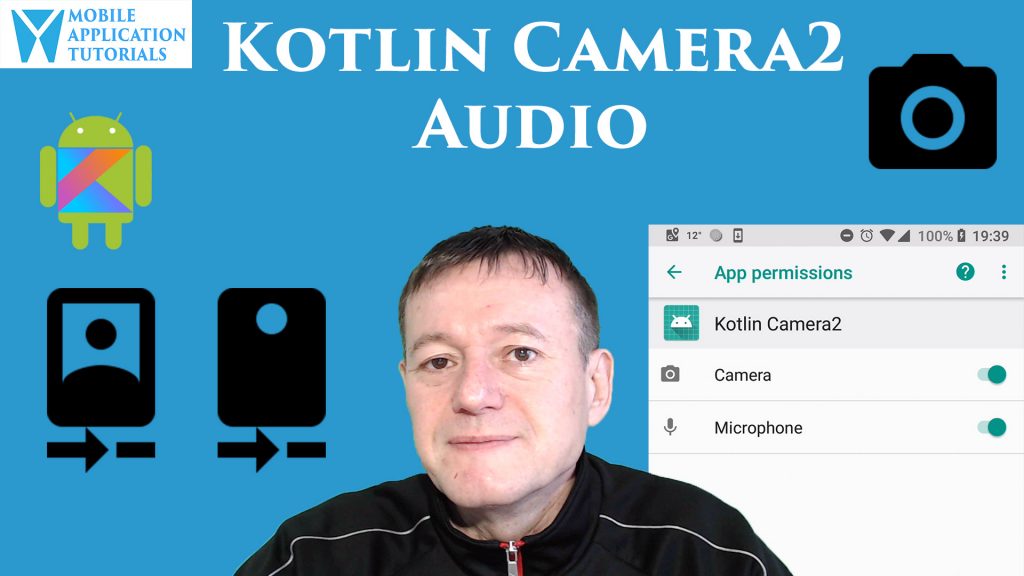 Audio support is described in this Kotlin on Android tutorial.
Audio has been classed a critical permission. So runtime permission support will be provided by the EasyPermissions library.
This Kotlin tutorial also describes how to access permissions from the application settings. 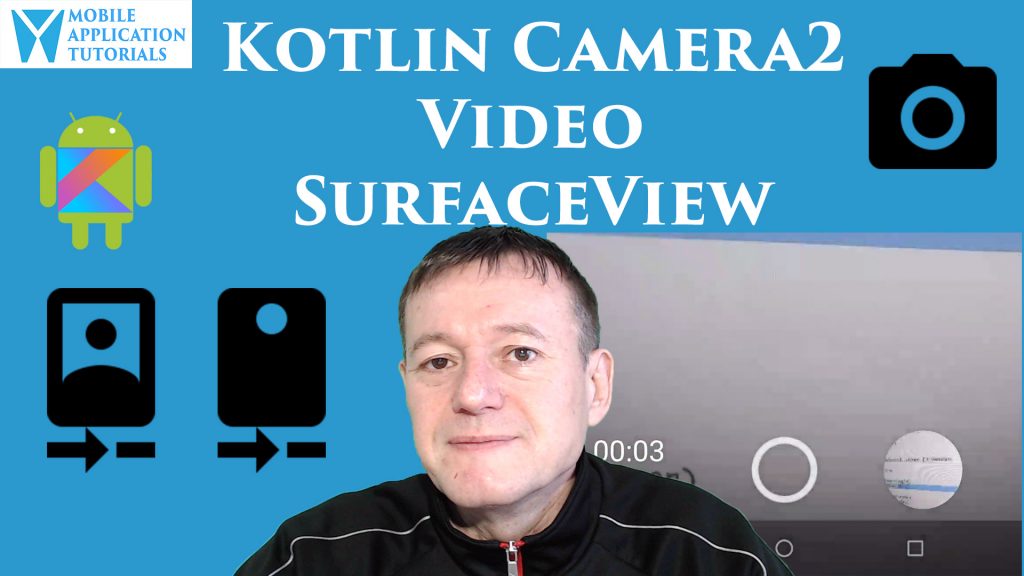 The final episode of the Kotlin camera2 video series describes how to replace the preview TextureView with a SurfaceView.